This week Gardening Editor at The Sun newspaper, Peter Seabrook, celebrated 60 years in Horticulture and 50 years in the Gardening media by staging an exhibit at the RHS Shades of Autumn show in London. The exhibit was designed to reflect the changes that have taken place in plant breeding over those years. Plants from the 1960s like Begonias and Pelargoniums still look good and are instantly recognisable, but they have been largely replaced by bigger varieties with larger flowers that will last longer and resist disease better. Well-known figures from the world of gardening attended to pay their respects to someone who has devoted his working life to the world of Horticulture. Peter's early career included spending weeks on end during the summer months sleeping on the floor of a van as he helped nurserymen stage the exhibits at local shows that sustained them through the winter months. This was before garden centres even opened up in the UK. He then spent many years as a representative, touring the country for Bord na Mona and selling peat to garden centres, back in the days when everyone used it all the time in their gardens. As a completely hands-on gardener, Peter was popular as a presenter of Gardener's World and the Chelsea Flower Show programmes on television. Even today, he digs and maintains three gardens that are bursting with produce throughout the year. Past and present staff from some of Peter's many media publications also attended the show and The Sun produced a special tribute copy of the newspaper in his honour. 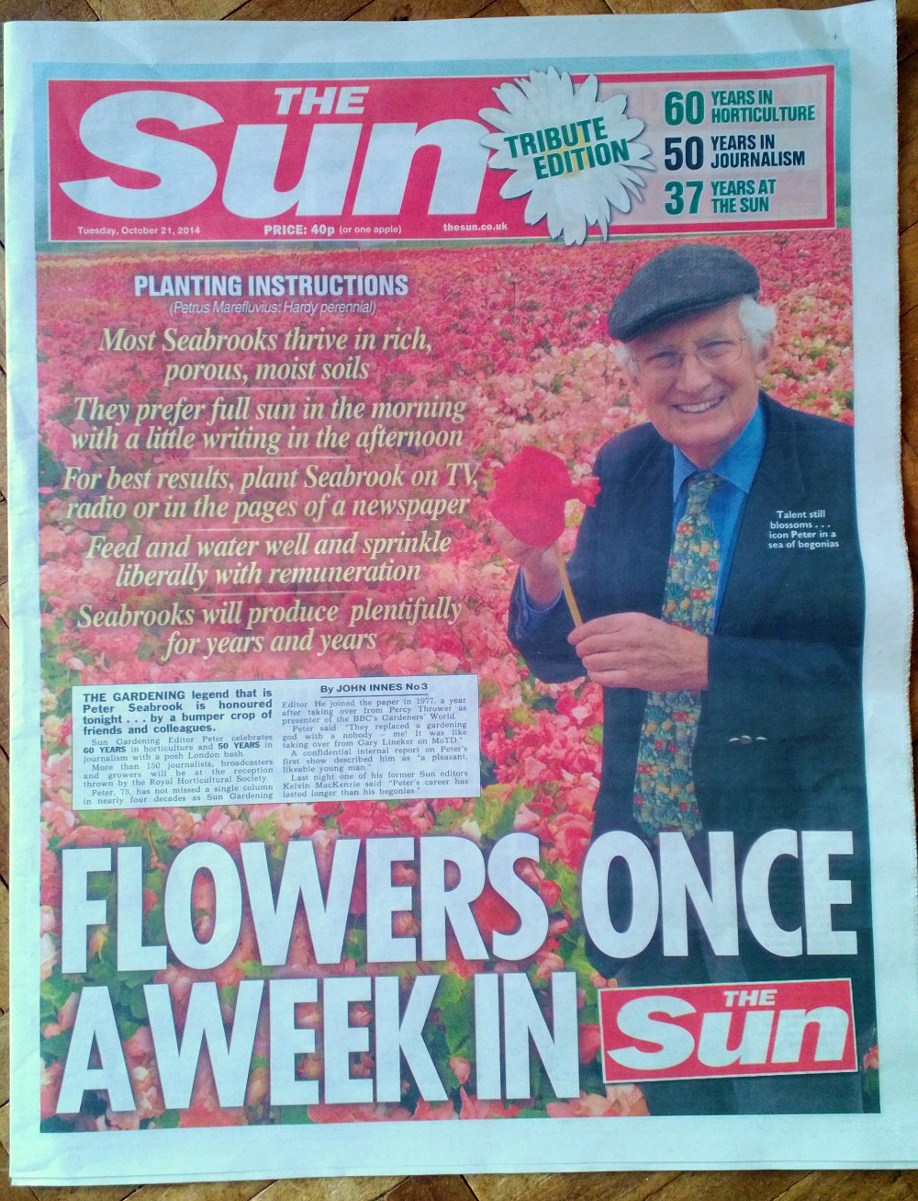