Every January we try to get to the massive IPM horticultural trade show in Essen, northern Germany, in order to see what's new and try to work out what the new trends are. What we see there in January will start to filter into the UK over the coming year and we aim to let you know what to look out for. The 11 halls are filled with all things horticultural - some of the which will arrive almost immediately, because UK buyers know this is the show to go to if you want to be the first to stock something new.

Indoor plants always play a huge part because, unlike the UK where fashion dictates what we grow, the rest of the world are more consistent with their preferences. Most of Europe also has a more throw-away attitude to plants; they view them as long-lived bunches of flowers, to be discarded and replaced once they pass their best. In the UK, we don't buy plants, we buy heirlooms that we feel compelled to keep alive for as long as possible. There is room for both points of view and the range of plants reflects this. Everything from showy orchids to huge Swiss cheese plants, from ferns to cacti and dwarf chrysanths to miniature roses. It would be impossible to list everything we saw, but there did seem to be a strong emphasis on easy-care leafy plants like Peperomia (which were hugely popular here in the 70s but then fell from favour along with rubber and Swiss cheese plants), ferns and large specimen plants for a jungle flavour. 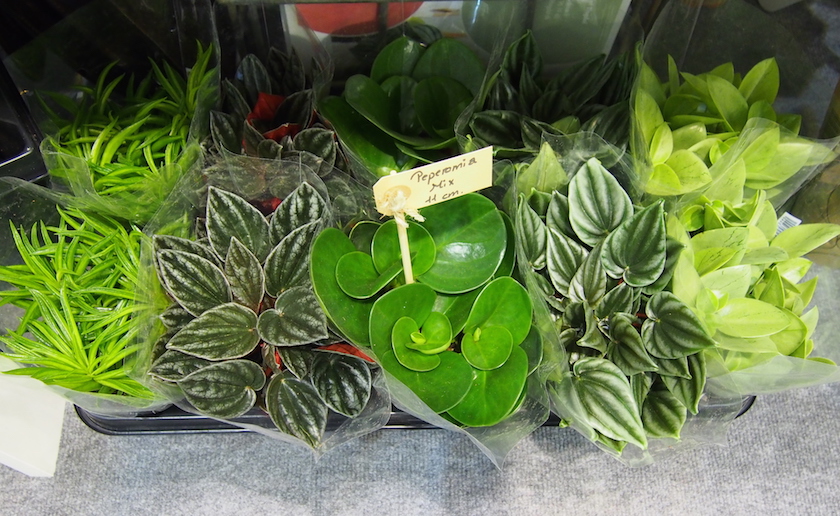 The 70s featured strongly in many of the displays, with period furniture, macramé pot hangers and modular desk displays with room for pens and small plants together. Colours were either primary and eye-catching or pale and subtle earthy tones. 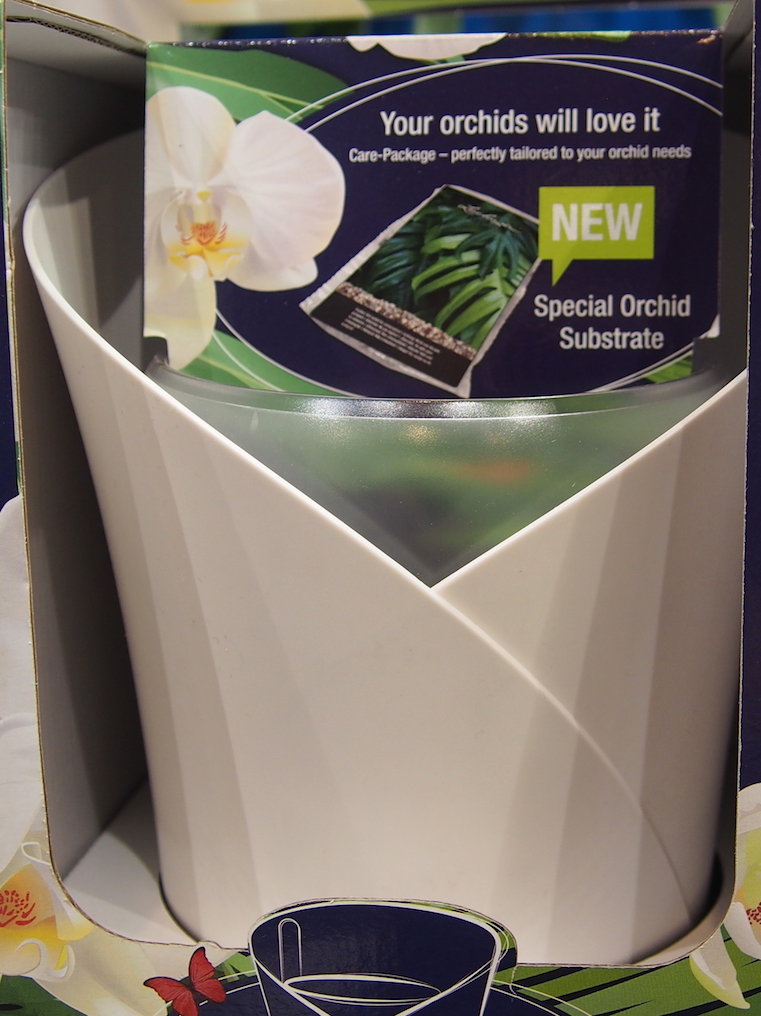 Orchids remain incredibly popular and several new designs were on show to help display them and keep them healthy. There was an attractive free-standing frame where your moth orchid could hang from a central hook, allowing the flowers to hang down as they would in nature, but the one most likely to appear in our shops was from a company called Lechuza, who specialise in pots that have a reservoir for water in the base and make plant care much easier. It's a double pot, with a transparent inner for the plant (because moth orchid roots need light) set within a coloured outer pot. Whether the roots get enough light remains to be seen, but for anyone who really doesn't like the sight of the roots through the clear pots, it may be ideal. 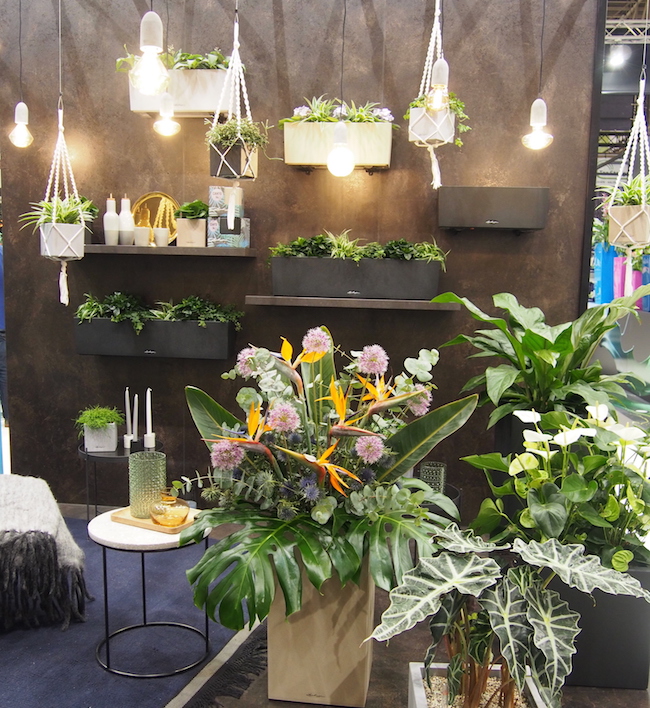