Garden problems - no need for slash and burn!

At the end of a three-day spell answering garden questions at a Garden Show, it's always interesting to compare notes about which issues cropped up most regularly. It's a good indicator of how the weather has been if there have been lots of slug questions, for instance (wet) or ants (dry). Having just finished three days at a show on the Hampshire / Sussex border in the south of England, it is clear that this spring has taken its toll and the mixed weather, late spring and “beast from the East” cold winds have cost many people their apple and plum crop for this year. Weather problems are also causing wind scorch, die back and leaf damage.

In terms of pests, Viburnum beetle is munching through the range of these plants in this area, with the snowball bush (Viburnum opulus) particularly badly affected. Lacy was the word used most frequently to describe the damage where only the tougher leaf veins are left uneaten. The expected questions on, for instance, gooseberry sawfly damage were few and far between, suggesting that this particular nuisance is likely to be late this year.

One interesting new trend was how many people expected to have to dig up and remove plants with the least little infection or, at best, prune very hard back. It is clear that hardly anyone knows how to treat plant problems with chemicals these days. Yes, the dreaded word “chemical” - but to be clear, the ones on sale in the UK (disregarding the unregulated world of the internet) are amongst the safest and most regulated in Europe, if not the world. We would never advocate using anything that was inappropriate or doing anything other than following the instructions on the carton, but: the right chemical, used at the right time and in the right way can save you a great deal of time, money and backache!

Not using the right treatment allows the problem to develop and spread, not just within your own garden, but to your neighbours as well. Ask anyone who is denied a mortgage because there is Japanese knotweed in the garden next door.

It is this fear of using chemical products, many of which are actually based on naturally-occurring mineral or plant extracts and approved for “organic” use, that means people are giving up on gardening. One lady was delighted and amazed to learn that the awful black stuff affecting the shoot tips of her new plum tree did not mean the tree would have to be scrapped, but was simply an infestation of black aphids that could be dealt with quickly and easily.

There is a lack of basic gardening know-how now that is often surprising to anyone who grew up when everyone took as much pride in the garden as the inside of the house. We are often asked to explain gardening terms that our parents and grandparents took for granted, like sucker and loam, which indicates that new and not-so-new gardeners alike are struggling to find anyone who can explain the basics.

One place to start, if you have a gardening book, is the Glossary at the back (it could do with being at the front, but never is) where the terms used within the book are explained. It won't guarantee success, but it could be a start. 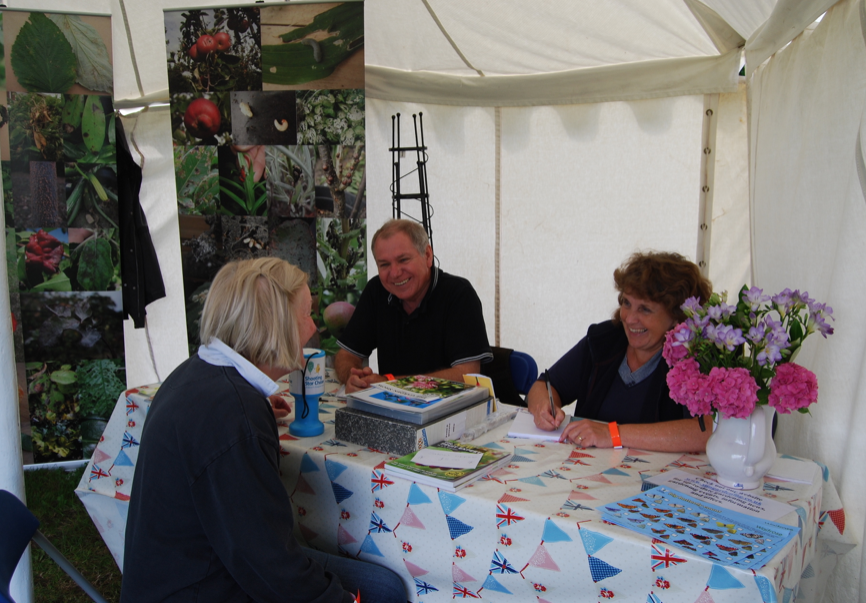