"This is major milestone for us and for the global urban farming movement," Growing Underground's cofounder Steven Dring said. "We have been working in our food mine for more than two years and we're thrilled to be bringing our first commercial scale harvest to the surface as Spring arrives. We think Londoners will agree, when they taste our produce, that it has been worth the wait."

Situated 100ft below Clapham Common in old sheltering tunnels used during the war, the farm is now offering the specially cultivated herbs to London homes through a delivery service with the Farmdrop website. The herbs will also be supplied to local markets and wholesalers.

Growing Underground, which has already caught the interest of London catering firm Vacherin, claims that consistent temperatures and the absence of pests has helped develop an 'exceptional quality' of produce.

"We're hoping Londoners will support us by buying our produce," co-founder Richard Ballard added. "This is about sustainably feeding the city from within the city and contributing to our community through food, jobs and education."

The farm has received praise from Michelin-starred chef and Growing Underground co-director Michel Roux Jr, who is planning to use the herbs at his Le Gavroche restaurant. Meanwhile, London Mayor Boris Johnson claims that the start-up is helping London "lead the world in green business innovation". 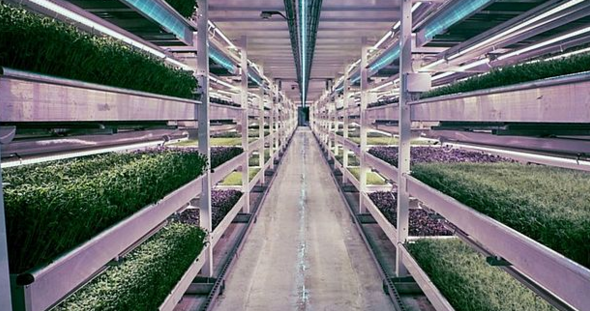